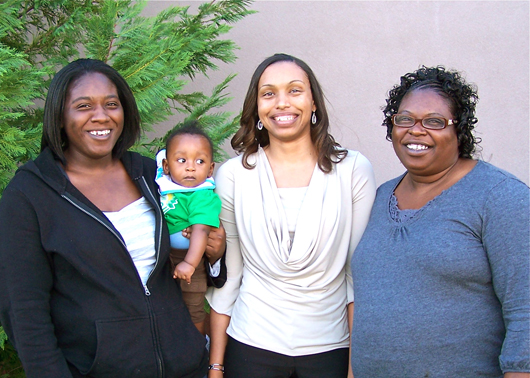 In the fall of 1999, Sophia Williams was a vibrant, socially active 16-year-old focused on her education and extracurricular activities, especially through her church. After several years of experiencing nagging fatigue and swelling, Sophia was referred to a nephrologist who diagnosed her with end-stage kidney disease requiring dialysis. Sophia chose peritoneal dialysis because she wanted to maintain as normal a schedule as possible, and the Williams family quickly made the necessary adjustments, adapting their routines and making sacrifices. Three-and-a-half months after dialysis was initiated, a kidney was available for Sophia and she underwent successful kidney transplantation. Afterward, Sophia described how she felt following the transplant saying, “I was excited for the unknown…the future and there were so many new options for me!”

Sophia returned to a normal lifestyle, graduated high school, got a job and got married. In 2007, Sophia’s kidney was rejected following a difficult pregnancy and she again was placed on dialysis. A year later, Sophia had a stroke resulting in a week-long coma and a two-month stay in the hospital.

Today, Sophia is still on home-based dialysis and hopes for another kidney transplant.

In the meantime, she and her family have partnered with our Kidney Education Outreach Program (KEOP). This past fall, Sophia and her family organized transplant awareness activities and CKD screenings in Wake County in conjunction with the KEOP. They were also present at the Kidney Kare 5K in March.

Sophia hopes to promote better education about kidney replacement therapy for at-risk patients and to inform all North Carolinians about the life and opportunity afforded by kidney transplantation.

“At a time when sorrow is in the midst, know that you can give a life that is priceless, life changing, and truly makes a difference,” says Sophia.

To learn more about the KEOP and KEOP activities, please visit the Outreach section of this site.