The 9th Raven Rock Ramble was held on May 2, 2010. This event has taken place since 2002 and has become a favorite of many area cyclists. David Cole is the event director. The following is a quote from the event website from David (who is an avid and accomplished cyclist): “I’m directing this ride because I love cycling and because I’m also a kidney transplant recipient, which allows me to enjoy cycling once again. I’ve been looking for an opportunity to both raise awareness on the importance of organ donation – something most folks don’t care about until they have an urgent need in their family – and also raise funds for the UNC Kidney Center.

The event was an early sell out with over 500 cyclists and raised over $16,000 for the UNC Kidney Center. It was a warm day, but the aid stations were manned by smiling, helpful volunteers and stocked with plenty of fluids and snacks.

Since its start in 2002, the Raven Rock Ramble has raised over $74,800 toward kidney health and awareness. 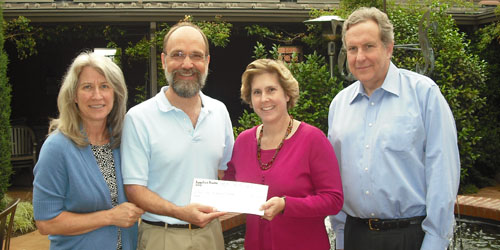