Some highlights of kidney screenings from the spring of 2008. 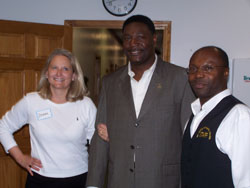 Supplies for this activity were funded through an Office for Minority Health and Health Disparities grant awarded to the North Carolina Chapter of the National Kidney Foundation. Members of the Community Health Ambassador Training Program (CHATP) assisted with on-site logistics and the KEOP staff screened 90 citizens. 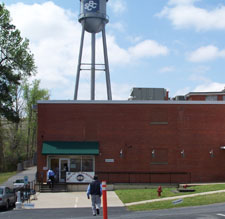 On Sunday, April 20th, the KEOP provided free screenings to citizens at the International Hot Road Association’s spring drag racing competition in Rockingham, NC (Richmond County). The A & Z Team raced well and made it to Sunday’s semi-final round.

Tommy Arthur, Keri Arthur and Jay Zimmerman helped the KEOP secure this opportunity to screen at-risk citizens and the screening team of Terry Carver, Donna Harward, Caroline Jennette, Vicki Patterson, Joe Piscitello and Abhineet Uppal interacted with many race fans and race participants to promote awareness about the risk factors for CKD, to distribute CKD scorecards and to screen citizens at risk for the disease.

Everyone’s ears are still ringing from the roar of engines, but it was a perfect setting to promote CKD awareness and to support the UNCKC racing team. 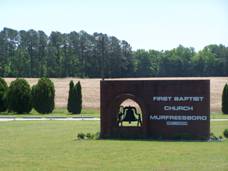 On Wednesday, May 7th, the KEOP participated in a Senior Citizens’ Health Fair at The Senator Martin Agricultural Center in Williamston, NC. The Martin County Council on Aging sponsored the fair and the team of Donna Harward, Caroline Jennette, Lynn McCoy, and Vicki Patterson screened 52 citizens.

On Saturday, May 17th, the UNC Kidney Center, in cooperation with the North Carolina Chapter of the National Kidney Foundation (NCNKF), conducted a screening at the First Baptist Church of Murfreesboro in Hertford County. Mike Brown, Donna Harward and Caroline Jennette were joined by Denise Hockaday, NCNKF Vice president for programs and 41 citizens were screened for CKD.