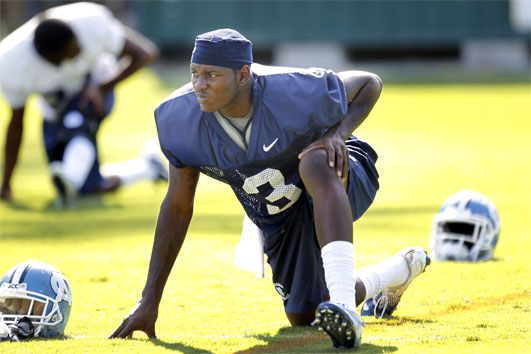 Adams, a Sophomore Wide Receiver for Carolina Football, was diagnosed with ANCA vasculitis earlier this year, putting his athletic career at a standstill and his life in jeopardy.

ANCA vasculitis is an autoimmune disease where abnormal antibodies attack kidney cells and tissues, damaging the kidney. With the average age of diagnosis being 55, Adams, at the age of 20, presented a rare case. Under the care of Dr. Falk, a foremost authority on ANCA vasculitis, Adams underwent various treatments and procedures including chemotherapy and plasma replacement, resulting in the remission of his disease. He has recently returned to the football field and looks forward to a successful season thanks to the expertise of Dr. Falk.

To read more about Joshua Adams’ story on the News and Observer web site, click here