At the 2013 Whitehead Lecture and Awards Ceremony, UNC Kidney Center’s Dr. Gerald Hladik was the honored recipient of three awards. 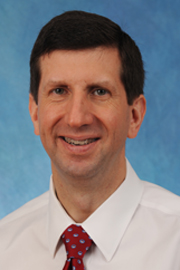 The Whitehead Medical Society, the student government of the UNC School of Medicine, honors faculty members and residents in an annual Whitehead Lecture and Awards Ceremony. Dr. Hladik was the recipient the following awards:

This award was established in 1985 to recognize exemplary teaching in the pre-clinical curriculum. Faculty are nominated and selected by second-year medical students.

Sophomore Basic Science Teaching Award
This award, established by the sophomore class in 1985, recognizes a faculty member from the medical basic sciences curriculum who has enhanced the education of second-year medical students.

Sophomore Basic Science Course Award for the Urinary Systems course with Drs Sing, Wallen and Maygarden.
Established by the sophomore class in 1985, this award recognizes a course in the second-year basic sciences that was effectively organized, skillfully taught, and contributed significantly to the education of second-year medical students.

The Whitehead Medical Society is named in honor of Richard H. Whitehead, M.D., who served as Dean from 1890 to 1905. The Whitehead Lecture was established in 1947 to recognize the high standards and leadership of Dr. Whitehead. It has been an annual event since 1980.

Read more about the event and the other awards at UNC Health Care News.