The Raven Rock Ramble is a 100-mile bike ride which promotes awareness of organ donation issues and benefits the UNC Kidney Center. It is organized by David Cole who is a cyclist and a kidney transplant recipient. 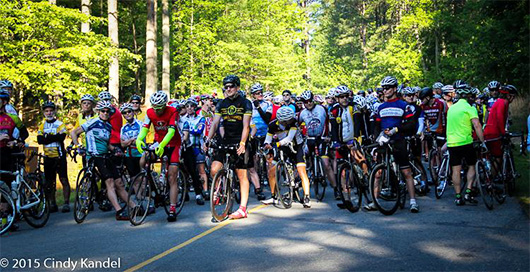 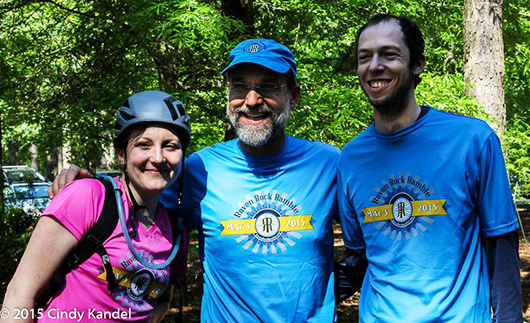 David Cole, Director of the Raven Rock Ramble bike ride, said that this year’s event, which took place on May 3, was the biggest and best ever in its 14 year history. He reported that the event included 621 bike riders and raised an estimated $25,000-$27,000, which will benefit the UNC Kidney Center. David said that beautiful weather, great volunteers and great food all contributed to the success of this year’s Raven Rock Ramble.

Next year’s ride will be on Sunday, May 1st, 2016. Registration will open on December 1st and is likely to fill before the end of January.

David Cole recently recorded a podcast which is available on the Kidney Center web site. In the recording, he shares his story of being a healthy athlete who was suddenly diagnosed with kidney disease, the experience of going through a kidney transplant, and then organizing the Raven Rock Ramble.

Listen to the podcast.