Outreach campaign is supported by the Allan Brewster Fund. 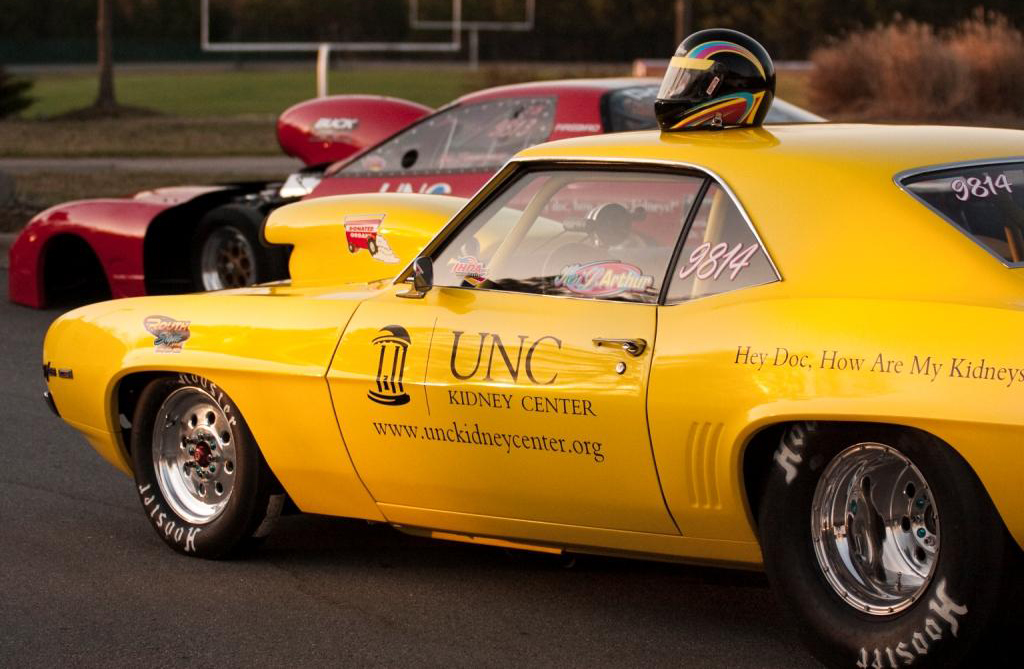 With support from the Kidney Center’s Allan Brewster Fund, the KEOP is expanding its community-based awareness campaign to increase North Carolinians’ knowledge about the importance of organ donation and the role of interventional kidney transplantation in achieving improved clinical outcomes and quality of life for persons at risk for or experiencing kidney failure. In addition, the KEOP wants to ensure that dialysis patients are informed about kidney transplantation, how to be evaluated for transplant candidacy, and the importance of getting on a waiting list before experiencing kidney failure.

The slogan for this new campaign is TRANSFORM LIVES: Be an Organ Donor. The A&Z Motorsports Team, a long-time partner in the KEOP’s Chronic Kidney Disease awareness and prevention efforts, has expanded its racing team to include a 1969 yellow Chevrolet Camaro that will be driven by Keri Arthur, daughter of two-time kidney transplant recipient, Tommy Arthur. Pictured below, the car made its public debut on Saturday, March 20th at the Kidney Center’s annual Kidney Kare 5K Run/Walk.

Competing in the Top Eliminator category at Piedmont Dragway, Inc. during the 2010 season, Keri will promote two easy ways for North Carolina residents to document their willingness to be an organ donor: 1) Request a ♥ on their driver’s license or state ID at the NC Department of Motor Vehicles, and 2) Register as an organ, eye or tissue donor at www.donatelifenc.org.