Dr. Gloria Preston is the senior author on study that could be significant for people who have ANCA disease. 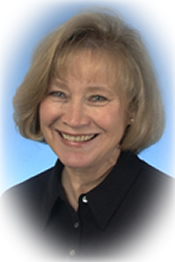 UNC Kidney Center researchers recently published the report of a genetic alteration that affects important immune cell functions(Cao et al, Plos ONE, 7:e42783, 2012). This finding could be significant for people who have ANCA disease.

Researchers found the frequency of a specific form of a gene “PTPN22” (protein tyrosine phosphatase N 22) to be 22% among the Caucasian patients in the study with ANCA disease, which is significantly higher than the frequency found in the general American Caucasian population.

The UNC study also revealed the new finding that the protein produced from this disease-associated gene has increased activity, and this increased activity changes the homeostasis (or basic, stable function) of blood cells. Further experiments revealed that this change disrupted the cell’s sensitivity and responsiveness to its environment.

This study builds on research from prior studies going back to 2004, when a polymorphism in the gene “PTPN22” was identified as an allele (an alternative form of a gene for a specific trait) that made individuals more susceptible or prone to autoimmune processes. The term “polymorphism” is used in genetics to describe the multiple forms of a gene that can exist in an individual or in a group of individuals.

Since 2004, this genetic change has been linked with many autoimmune diseases including type 1 diabetes, rheumatoid arthritis, systemic lupus erythematosus, Graves’ disease, and generalized vitiligo. In 2005, this allele was also linked with proteinase 3 (PR3)-ANCA vasculitis disease in patients from Germany and then in 2009, a similar association was made in a study of patients from Great Britain. (Learn more about ANCA vasculitis.)

This research provides a better understanding of how disease outcomes can be affected by a complex relationship of genetic regulation(during which cells determine which genes they will turn “on” or “off”, and when) and environmental influences. It is hoped that gaining a greater understanding of these fundamental changes will lead to better treatments.